Commodity price-driven growth and momentum in the long-term diversification of our economy will propel Calgary and Alberta in the year ahead despite forecasts of a global recession, economists said at Calgary Economic Development’s 2023 Economic Outlook, powered by ATB Financial.

"We are well-positioned to weather the economic challenges. We've seen diversification in our economy over the years and it's given us optimism for the future even in these uncertain times,” said Calgary Mayor Jyoti Gondek.

“From cleantech to aviation, life sciences to film and TV, there’s exciting growth across a wide variety of sectors driving confidence in our city’s economy.”

ATB Financial forecasts GDP growth in Alberta will be 5.0 per cent this year and approximately 3.0 per cent in 2023.

“While strong commodity prices are providing an economic boost in our province, high inflation and rising interest rates are making things tough for a lot of families and businesses,” said Rob Roach, Deputy Chief Economist and Managing Director, ATB Financial.

“Looking forward, the momentum Alberta has going into 2023 will help our economy weather the economic storm created by the invasion, inflation, and interest rates.”

Cautious optimism is expressed for Calgary and Alberta, with the region positioned for growth as the global economy faces a downturn.

“With very few exceptions around the world, the outlook for 2023 is generally downbeat as high inflation is forcing Central Banks around the world to raise interest rates and constrain growth,” said Alex Grassino, Head of North American Macro Strategy, Manulife Investment Management.

“However, there are structural themes that position Alberta relatively well. Most notably, ongoing scarcity of resources should continue to support demand for key exports, while a trend towards deglobalization and a desire to secure supply chain certainty are likely to benefit the province.”

As cities around the world adjust to higher interest rates, Calgarians can expect a cooler, more balanced housing market in the year ahead, following record sales activity in spring 2022.

“There are many reasons to be optimistic about the Calgary economy. Calgary has led the province in job growth this year, thanks to significant gains in the relatively higher paid professional and technical services sector,” said Ann-Marie Lurie, Chief Economist, Calgary Real Estate Board.

“The creation of well-paid jobs coupled with our relatively affordable housing market compared to cities like Toronto and Vancouver is helping attract talent to our city. While our city is not immune to the challenges caused by inflation and higher lending rates, the positive momentum experienced over the past year is expected to support conditions that are far better then they were prior to the pandemic.”

“The momentum we’ve seen in our economic growth this year has been a testament to the resolve of Calgarians and the commitment to diversify our economy,” said Brad Parry, President and CEO, Calgary Economic Development.

Ninety per cent of business leaders surveyed by research firm Stone Olafson had positive impressions of Calgary. Among workers, 73 per cent had favourable impressions.

“The sense of optimism is reflected in the influx of people to our city who see opportunities for themselves here. The road ahead will have challenges but there’s a belief in this city about where our economy is going,” continued Parry.

Almost three-quarters (74 per cent) of respondents said Calgary is quickly becoming a hub for tech and innovation (up from 68 per cent). Sixty-five per cent think Calgary has a variety of opportunities and is no longer strictly an energy city (up from 60 per cent).

The results are based on interviews with 1,591 people this month in key markets in Canada, the United States and Europe.

New this year, the 2023 Economic Outlook included a panel conversation with community leaders on the importance of inclusive growth.

A strong Indigenous economy is vital to Calgary’s long-term prosperity. The community’s commitment towards Reconciliation and the removal of systemic barriers to opportunity is stated in the economic strategy, Calgary in the New Economy.

“Reconciliation, community building and partnerships are not just about checking boxes. The sooner we address this, the sooner we can build trust and real relationships,” said Bryce Starlight, Vice President, Development, Taza Development Corp.

“There are a lot of constraints in society. We have to understand, accept and address them. It’s the right thing to do and makes us a stronger community as a whole.”

Equity, Diversity, Inclusion and Accessibility (EDIA) is embedded into the strategy to advance the economic participation of historically underrepresented and marginalized communities, newcomers and equity-deserving groups.

“We cannot talk about our economy without talking about immigration when it accounts for 75 per cent of Canada’s population growth and 100 per cent of our labour growth,” said Paula Calderon, Chief Executive Officer, Calgary Immigrant Women’s Association.

“I’m optimistic about Calgary’s ability to transition for the mere fact that I’m sitting here today. Now by working together, we have opportunities to sit down with the business community, discuss and make progress towards immigrant integration in our economy.”

Diversification of economic sectors, talent and the community are key to continued growth and shared prosperity.

“If we aren’t helping those with the least, we aren’t truly successful as a society,” said Jon Cornish, Chancellor of the University of Calgary. “There’s a great opportunity to utilize the talent here at home and immigrant talent. At the University we see students doing amazing things with local companies. Having conversations with the community at events like these is how we tackle challenges and how we improve.”

Calgary Mayor Jyoti Gondek agreed about the importance of amplifying all voices and having honest conversations in all levels of businesses and government. “I’m optimistic about our future because we are having tough conversations and calling out challenges we’ve been silent about before.”

While uncertainty remains, Calgary is well-positioned in the transitioning global economy.

“We know that clouds of volatility and uncertainty are becoming increasingly prominent on the global horizon, but we choose to look at this as a time of incredible possibility," said Curtis Stange, President and CEO, ATB Financial.

"I am confident in the resilience, adaptability and courage of our business community to thrive in this environment while driving sustained economic growth for both Calgary and Alberta."

Calgary Economic Development stewards the community-created economic strategy – a path forward toward economic diversification and an economy that is inclusive of all Calgarians.

“On behalf of everyone at Calgary Economic Development, the Opportunity Calgary Investment Fund and the Calgary Film Centre, thank you to the great support from our sponsors who make these important conversations possible, including our title sponsor ATB Financial, as well as Enbridge, PostMedia Solutions, Alberta Blue Cross, Calgary Co-op, Mount Royal University, University of Calgary and WSP,” said Joe Lougheed, board chair, Calgary Economic Development.

The event included a Bollywood dance presentation by SPARQ productions to celebrate Calgary’s vibrancy as the third most livable city in the world.

For more information on the economic strategy and how you can help transform our city, visit CalgaryInTheNewEconomy.com.

Calgary. A city of innovators, dreamers, visionaries and game changers. 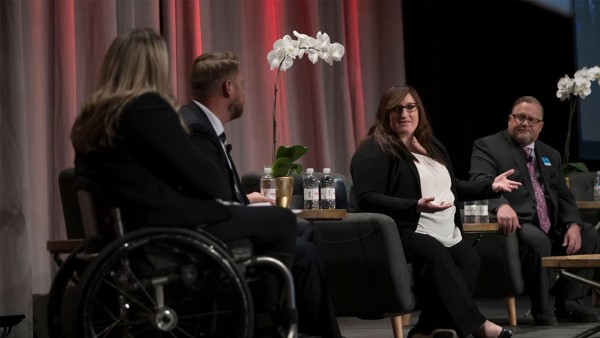 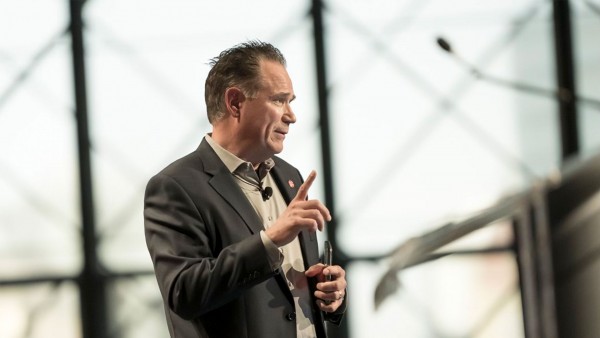 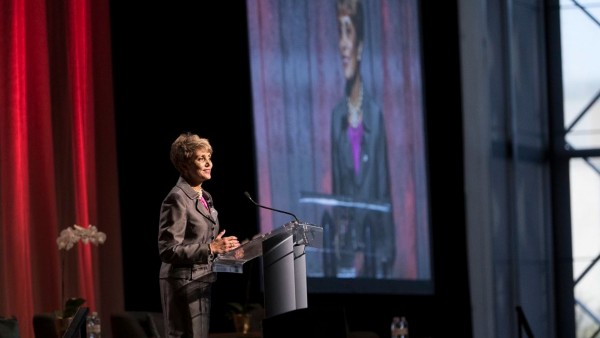 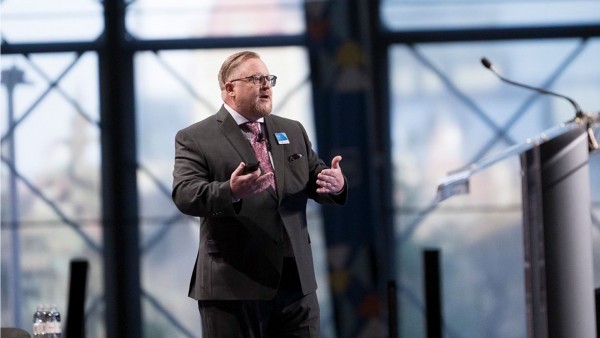 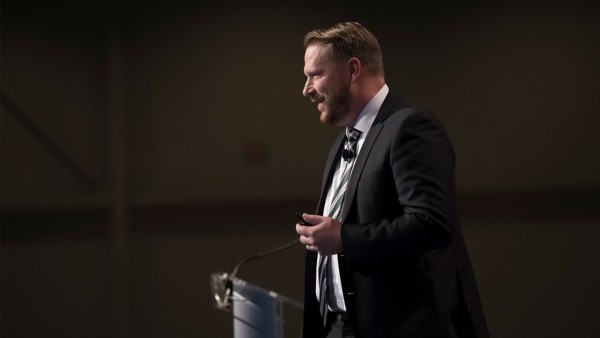 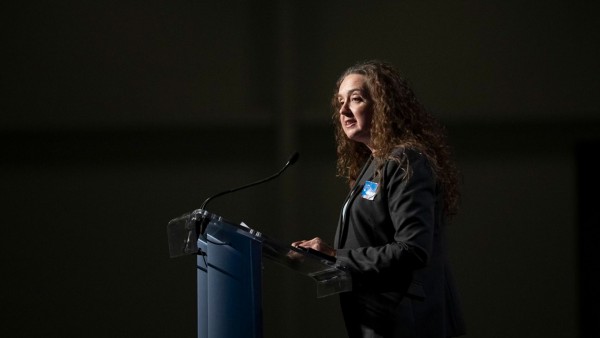 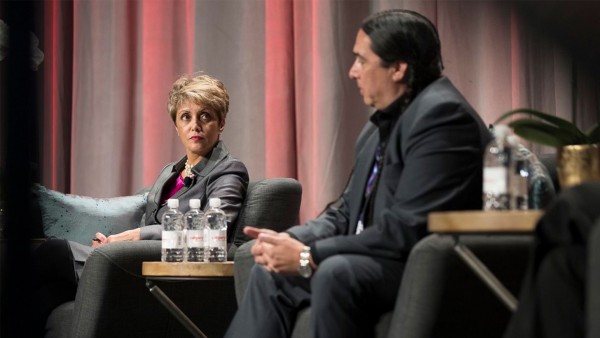 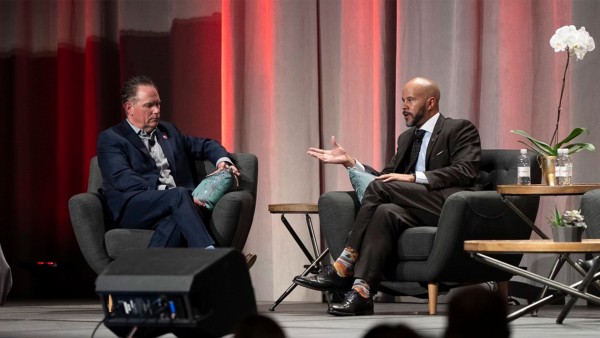 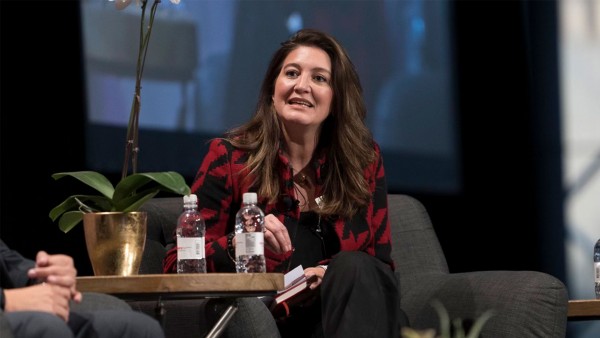 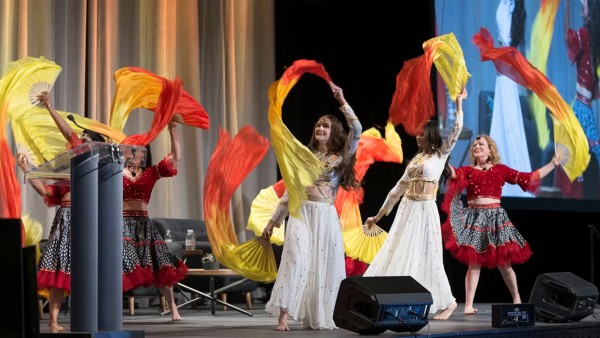